A Storm in a Coffee Cup

It’s a beautiful sunny morning. I’m lucky enough to be working from home, and on the desk beside my laptop a mug of coffee awaits. Rather than specific roasts and blends, I have one prerequisite for my daily cuppa: strong. The nutty aroma of today’s brew confirms it’s going to hit the spot.

Now my laptop has booted up, I take a first satisfying sip and kick off another busy day. 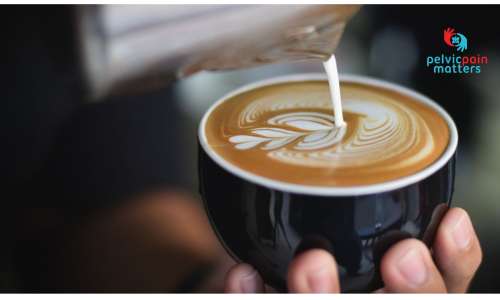 During the eight years when I suffered from a condition known as chronic pelvic pain syndrome, or CPPS, the scene I’ve described would have looked very different. Or felt very different, to be more precise. CPPS is a common enough ailment that presents in men in various guises; often a gnawing pain in the groin, a maddening urge to pee and fatigue that invariably impacts mood and mental health. Some cases respond well to antibiotics and other medication, but many do not. Unfortunately, mine fell into the latter category.

As anyone who has experienced CPPS and achieved a resolution in symptoms will tell you, it has an uncanny ability to alter how we engage with the world. For me that meant a very different relationship with coffee; the daily pleasure that I enjoyed for several years without incident, until CPPS came along and upended everything. At some point, drinking coffee must have coincided with an escalation in my symptoms. Slowly but surely, that swirling mug of coffee began to trigger low-level anxiety. The caffeine hit that gets so many of us up in the morning became an emotional roller-coaster. Yes, I’d enjoy the taste and the surge of energy, but now it was accompanied by fear, a helplessness that this morning tradition might be the one to trigger another bout of CPPS, sending me back to the doctor for more antibiotics. It was a game of coffee cup cat and mouse.

Why not just give up coffee? I suppose the main reason was because at the time I didn’t understand what was going on. I didn’t know that CPPS is increasingly seen as a result of inflammation rather than an infection to be treated with antibiotics. I didn’t grasp the perfect storm of factors – external and internal, physical and mental – that impact the aches and pains down below. Nor did I realize that my response to coffee was a textbook example of something called catastrophisation. The first time I heard the word, something clicked. It perfectly encapsulated what I was going through. Like many male CPPS sufferers before me, I was catastrophising. And it was aggravating my symptoms, heightening a sensitivity to coffee and generally making me more miserable.

So, what exactly is Catastrophisation?

When it comes to CPPS, I’d say it’s a potent combination of fear, anxiety and rumination on physical symptoms. I became so alert to any kind of twinge in the pelvis, that the faintest niggle would have me convinced another dreaded flare-up was at hand. It’s like instead of stepping away from the edge of the cliff, you become primed to fling yourself over the precipice, hurtling headlong into the pain and agony that awaits.

While coffee fuelled my catastrophisation, it can be sparked by a huge variety of things depending on the individual: walking, sitting, standing, drinking alcohol, feeling too hot. The list could go on.

I’m pleased to say my daily cup of coffee is no longer so fraught with emotion, and nor do I experience any pain or discomfort as a result. In fact, the scene at the start of this post pretty much describes my normal morning routine. But to get to this point, I had to learn how to deal with catastrophisation. In order to overcome it, you have to step away from the cliff edge each and every time it looms ahead. 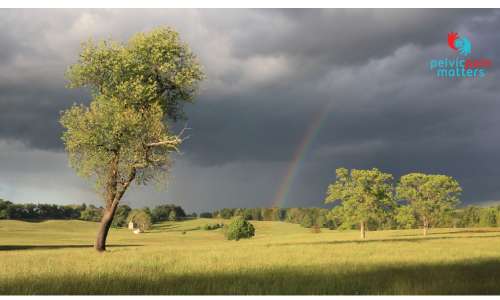 David Lowe is a writer from London and will share how he conquered catastrophisation in a follow-up post.

If you are a CPPS sufferer who wants to confront the condition head-on, don’t miss the upcoming webinar Standing Up to Pelvic Pain: A complete guide to overcoming the fear, anxiety and helplessness of chronic pelvic pain syndrome.