The topic of intra-abdominal pressure (IAP) is becoming the front line of conversation as it relates to pelvic floor dysfunction. Gynecologists often restrict activities during the post-operative period that are believed to produce high levels of IAP in order to preserve the operated tissue. Similarly, women with prolapse are recommended to avoid exercises that produce excessive levels of IAP to minimize further descent of their prolapsed organs.

But how much pressure is too much? Undoubtedly, with many variables to consider, this becomes a loaded question.  Luckily we can look to research for some of the answers.

Studies have been able to measure IAP using pressure transducers placed in the bladder, rectum, stomach (via naso-gastric tube), and more recently, the upper vagina. From this literature, it is apparent that many factors influence the pressure generated within the abdomen, and while there are currently no meta-analyses available that compare the data between studies, there appears to be some general trends:

Regarding the first trend above, at rest, there is a baseline level of pressure that provides the body with stability and strength. An analogy provided by Mary Massery, a paediatric PT in the United States., is that of a pop can before and after it has been opened.  The can is sturdy and difficult to destruct before it is opened because of the pressure contained within it. After it is opened, the can is easily crushed due to the release of pressure. In our bodies, we need a certain level of pressure to give us strength and support. What we don’t know at this point, is how much pressure is ideal or necessary during resting states.

During activity, there are varying degrees of pressure produced in the same activity completed by different people. Hence, it’s the middle section of that continuum where we find the most discrepancy. Take for example, the activity of going from a sit-to-stand position with your hands on the thighs. The range of IAP produced within this activity was found to be 24.7cmH20 to 258.3cmH2O.  Some participants produced lower levels of IAP during this movement and some participants produced significantly higher levels. The IAP of an abdominal curl ranged from 19.7cmH20 to 174cmH20 and the range of IAP while lifting 20 lbs from the floor was between 38.5cmH20 and 270.5cmH20. Thus, it is clear that some people may complete every-day tasks such as getting up from a chair with almost the same high levels of IAP as lifting 20 lbs from the ground!

While theoretically it may be unnecessary for such high pressure to be produced, the reality is that some people are producing significantly higher levels of IAP during specific activities than others.

The question is why? Is it compensatory? Is it habitual? On a day-to-day basis, if “normal” activities are done using higher amounts of IAP, there may be an accumulation of strain through the pelvic floor and pelvic organ supportive tissue, and these women may be more susceptible to developing pelvic floor dysfunction, including prolapse.

There are also some surprising results in the literature as well: 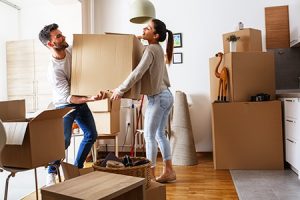 Clinically, this can be greatly beneficial for those with pelvic floor dysfunction. Since lifting 35 lbs from the counter produces less pressure than lifting 35 lbs from the ground, and since being handed that same amount of weight produces less IAP than lifting from the ground, it may be better for a woman with prolapse to have her grandchildren handed to her versus lifting them up from the ground. This is just one example of how research on IAP can greatly help women living with PFD, and why much more research is still needed.