Incontinence: Let’s Talk About It 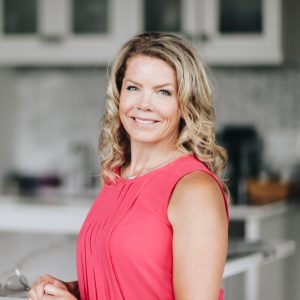 CEO and founder Karen Brunet started ActivKare to share her story, and to help men and women of all ages deal with the stigma surrounding urinary incontinence, the loss of bladder control.  Let’s be honest, incontinence is not talked about often, making the individuals going through it feel alone and ashamed. Karen is here to break that stigma, as well as to let others know the symptoms they experience are universal, and that there are management solutions to help everyone live life freely again.

After suffering undiagnosed for more than 15 years from endometriosis and polycystic ovarian syndrome at 30 years old, she went through four ablation surgeries, four years of fertility treatments before then giving birth to her daughters in 2010 and 2011. These celebrations were quickly followed by an emergency appendectomy on Mother’s Day 2012, the removal of her uterus in 2012 six months later and her ovaries in May 2013. Her bladder leaks began after the birth of her second daughter and got progressively worse as the years went on. At this point, she did what she could to not only deal with the incontinence, but to also hide the fact that she had to rely on products like pads to feel okay again. After feeling isolated for some time, she decided to make a change and start talking to women and men about the issues she was facing. She soon realized she was not alone, and in fact 1 out of 3 women, and 1 out of 8 men were experiencing the same thing she was. The problem? No one wanted to admit what they were going through, which made it hard to find a solution that worked.  Learn about the different types of urinary incontinence here.

Karen founded ActivKare to help all individuals take back control of their bodies, and live life the way they want without worry. ActivKare focuses on providing reusable products that are environmentally friendly, more comfortable, and more discreet than disposable diapers and pads. A few of the products offered that alleviate the stress and embarrassment of these issues include Contiform for women, and Afex and ActivGo for men. These insurable products help people take control, and deal with symptoms in a discreet and non-invasive way. Not only are these products a step up from disposables, but they also break the stigma regarding the shame associated with using adult diapers, especially from a male perspective.

Karen had this to say about her own experience, and why she wanted to help others:

“I felt alone. I thought I was the only one that this happened to. Nobody talked about urinary incontinence. Doctors didn’t even talk to me about it, but the more I researched it, the more I asked women about it, the more I realized how prevalent it is in our society today. Then I thought about men, and what men are going through. Women have had to deal with things down below since we were teens, but these poor men who have undergone radical prostatectomy, bladder cancer treatments, or suffering from degenerative diseases, they’ve gone from having an active lifestyle to staying home, and not wanting to leave because of the embarrassment. Women have gotten used to putting on pads, and diapers if need be, and just live with it which I don’t think is right either, so I had to find better products out there to help people.” 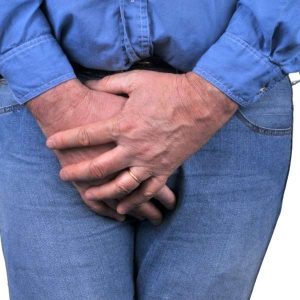 Fast forward to 2021 where Karen has used ActivKare since 2018 to help individuals on a daily basis find the right incontinence product for them. She is passionate about breaking the stigma and shame surrounding the issue, and wants everyone to have access to insurable, affordable devices that save the environment, and allow people to live life as freely as they would if they didn’t have these symptoms. Karen now stays active in a multitude of sports without letting her symptoms stop her thanks to Contiform, a female insertable pessary for stress urinary incontinence offered through ActivKare. Incontinence does not have to define the individual, so don’t let these symptoms stop you from living your best life.

Contiform and ActivGo/Afex (men’s brief style kits with attached bags to collect urine leakage) are comfortable products that can be used again and again, making them appealing for anyone thinking of eliminating diapers and pads due to their impact on the environment and your wallet.

Find the product that suit your needs best here! 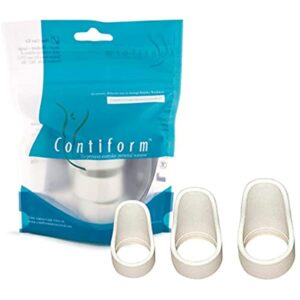 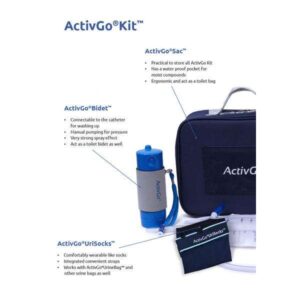