Learning to Live with Pudendal Neuralgia

It started out like any other day. I woke up and went to the bathroom, because that’s what every human being does first thing in the morning. As I sat down to go to the bathroom, I let out a sigh not thinking anything of it like usual. Then it hit me. I had a UTI. I admit to being partial to hating UTI’s, but come on. It feels like you’re literally peeing out fire.

I did what I usually did when this specific friend came to visit around 1-2 times a year. No one likes taking the time to call their PCP and setting up an appointment that falls in the middle of your workday two weeks from now. So, I took it upon myself to grab my keys and insurance card and headed to the closest Minute Clinic to get this burning issue solved, literally.

After about 5 days of taking the antibiotic perfectly as prescribed for a UTI, I still felt that super uncomfortable burning pain. Now it just wasn’t when I peed–it was more of a steady burn. 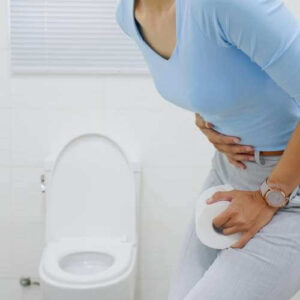 I’m sure there are people out there who could say, “that pain was probably nothing compared to severe injuries or childbirth”, but that doesn’t invalidate my experience one bit. The pain I felt was hell. It was one of the most confusing things I’ve ever experienced, and I still get stuck in ruminating thoughts of the trauma it has caused me.

Those next days still in pain were tough while the people around me were insisting I stay positive. I didn’t want to hear it. Nothing is more aggravating than someone telling you that “it will get better” when you feel horrible. I wasn’t messing around anymore, and realized it was time to see specialist. With tears in my eyes, I spoke to the receptionist who told me that their next appointment was a month away. A month?! No. Waiting a month was simply not an option for me. I have things to do and tons of responsibilities.

As soon as I sat in the waiting room a month later, the nurse called my name and whisked me into the back. The first thing she said to me was, “you’re going to have to walk faster because we have a lot of patients today.” At that moment, I knew my pain was going to be minimized.

She was trying to make small talk as a fire was burning in my crotch. I was strictly a shell of myself in those days of extreme pain. It’s not like a pain that you can bear and still get things done. It’s like trying to watch a football game when you’re sitting right behind the field goal. In a snowstorm.

The Urologist looked at me and said, “There’s no medication I can give you to eradicate this problem completely, but you can change your diet in hopes of lessening the pain. Oh and also try pelvic floor physiotherapy. We also have to do a cystoscopy to determine where the pain is coming from.”

Pelvic floor physiotherapy? A cystoscopy? I had no clue what either of these things were. I officially scheduled the cystoscopy for about a month out, as that was the quickest they could do it.

I’d give ANYTHING a shot at this point. With my heart beating, I called the pelvic floor PT as soon as I got out of the office. Someone picked up, and she actually had a super welcoming voice. I told her I needed the next available appointment, and she responded, “we can see you in about 4 months from now”. My heart sunk.

The next few weeks consisted of me crying, wondering, and thinking, “God, why me?” My bed was my best friend. I was sad all the time. This was not me. I’ve never been depressed in my life, but I was officially depressed.

When I was done feeling sorry for myself, I realized that I needed to do research. My questions weren’t getting answered and my confusion level was higher than it’d ever been. After an hour of going through diagnoses I was given but ended up being incorrect, I saw the words “pudendal neuralgia,” another term I’d never heard before in my life. Every single symptom (and I mean every one), was spot on to what I’d been feeling. But why had not ONE doctor even brought up this term? There was no way I was going to be the one who figured out what was ultimately wrong with me. This was it, though. I was certain of it.

After discussing my personal findings with my PCP, he recommended an oral medication because I still hadn’t had any relief. He suggested Gabapentin, and I was completely on board. Side effects were the least of my worries. I just wanted this terrible pain to be gone.

It took about 5 weeks for it to actually kick in, but I emotionally felt like a completely different person. My mom actually called me the Gaba-monster. My OCD and anxiety were the worst they’d ever been. I needed to find another medication that gave me similar pain relief effect without the horrible side effects.

His next recommendation was Cymbalta, and I immediately converted over. Flash forward to today, I’ve now been taking it for 4 months exactly. It’s been a total lifesaver for my pain. It’s been more helpful than a combination of everything I’ve done before. It took that intense, shooting pain that was an 8-9 to a steady 3-4. Some days are better than others, and it still remains every single time I go to the bathroom and tends to linger for at least an hour. My whole life has changed before my eyes, and the traumatic pain still haunts me every day. This has changed me as a person, and I’m working hard to pick up the pieces.

I still cry, a lot, but 4 days ago, I was able to get a pudendal nerve block injection at UPMC Presbyterian in Pittsburgh, PA. The site of the injection has been sore, but I pray to God that this helps eliminate most of the pain, and I can work on healing from this point forward. If this nerve block injection isn’t fully effective, I know there are other options. Staying positive is key and I know that if this doesn’t work, there will be something else that will.  I wish you all struggling with this condition strength, determination and positivity.